Let’s embrace the new EU Data Act. The wheels are in motion. 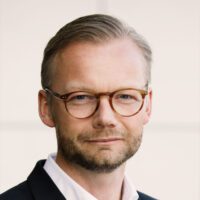 Let’s embrace the new EU Data Act. The wheels are in motion.

There’s a new EU Data Act rumbling through Brussels that is likely to be ratified next year and become law in the summer of 2024. But, far from fearing it, OEMs should be doing everything they can to take advantage.

It’s very human to like the status quo. But sometimes a set way of doing things becomes harmful. We don’t need to over elaborate here, but a quick glance at the fossil fuels sector perfectly illustrates the argument. If we want to create a more sustainable world, then disrupting the status quo and sparking innovation has become a non negotiable on an admittedly difficult path.

If successful, we will transition to cleaner energy solutions and ultimately a better world.

That’s how we should view the new EU Data Act that was tabled in February 2022, is likely (if not certain) to get passed in the summer of 2023, and will come into play approximately 12 months after that.

There’s been a raft of data regulation over the last decade or so covering various areas with underlying themes that include security, innovation, control, cost savings and fairness. The EU Data Act very much builds on those themes.

In essence, it will do the following. Where data cannot be directly accessed by the user from the product or related service, the data holder must make it available to the user without undue delay, cost, and, ideally, continuously in real-time. At its heart, users of connected devices gain full access to data generated by those devices, effectively harnessing the power of data as a ‘non-rival good’.

That has implications throughout the value chain. Here are some of the claims proponents of the act make.

The power of three

Firstly, it should catalyze the aftermarket services and repairs segment towards better performance and, with owners of connected objects able to request a repair service from a third party, cheaper prices. Secondly, it will create tailored, niche-delivering services.

Thirdly, it should create better access to data collected or produced by a device as the act allows both the consumer/owner and the manufacturer equal access to the data. The diagram depicts these three outcomes in action and it is expected to deliver savings in the transport and construction sectors of 10-20%.

All three factors combined will, say the EU, lead to an extra €270 billion floating around the EU economy by 2028.

We might quibble over the figures, but I’m largely in agreement with the basic principles and with data sharing at its core, the act aligns well with the Eliminate Downtime movement that is at the heart of Trackunit’s DNA. That we will see significant economic growth as a consequence is very likely.

To explain the point, let’s take a look at what happened when Uber and Lyft entered the market in New York, an example highlighted by Hg’s Florian Wolff at the Trackunit Next sessions in February.

In 2011, the local taxi industry was worth USD 177 million, but after Uber and Lyft’s entry, it went into steady decline until by 2015 it had nearly halved to USD 91 million. So far so bad, you might say, especially if you were a taxi driver. But the same technology that empowered those two disruptors also enabled new kinds of offshoots to develop like the delivery services for groceries, takeout, drink and even flowers that we’ve all become so familiar with.

That saw the overall revenue from such services in New York grow to USD 264.4 million by 2015. Some taxi drivers will have suffered, it’s true. But the pie that emerged was significantly larger boosting the local economy.

For the taxi drivers, it might be tempting to read the OEMs, but the comparison does not really stand up as many are already gearing up for the changes envisaged by the act. Some OEMs will, nevertheless, understandably feel threatened by the new act. They could become reactive and try to block it, just like Uber was forced to up sticks and leave a number of countries either because of an actual ban or because legal requirements were too difficult to comply with. That included Denmark in 2017.

But where you could perhaps make a case on passenger safety concerns and other health and safety issues in the Uber example, I’m not sure there is a convincing argument that those opposed to the data act could muster to launch an effective counter offensive.

That’s because the act is fundamentally fair in its aims. By opening out the market, it creates competition. That can only be good.

When we look at the post-act landscape, what will we see from an OEM perspective? Firstly, they will continue to be a dominant player in the aftermarket services sector. They might not be quite as dominant as they are now, but their expertize will, very rightly, mean they continue to hold sway and be able to offer a service that many will continue to use.

Secondly, third parties will emerge and they will eat into some of that pie, but not in a way that should harm OEMs overall business models. And, like the Uber model in New York, the development of services that should come as part of the evolving ecosystem of new businesses, vendors and suppliers would almost certainly mean a bigger pie, just as the EU envisages.

Thirdly, OEMs will also be able to develop their services so that predictive intelligence tools offering key insights will become part of their stable. At least that’s what they should be doing and the evidence does exist that this transition from data suppliers to drivers of improved insights is already happening. This piece of regulation will no doubt accelerate the process.

Breaking down the barriers

But from a Trackunit standpoint, it’s no surprise for anyone in construction to know we are big supporters of any development that encourages transparency and data availability.

We see our role as breaking down the barriers to entry using our Iris platform as a connectivity engine for the entire ecosystem, while acting as a trusted conduit for the data to ensure it is correctly directed between the respective stakeholders in a secure way, hopefully incubating more innovation.

We think we’re a safe pair of hands. We think the act will bring more efficiency to the market. And we think the sharing of data will evolve so that it moves ever faster and ever more frequently between the relevant partners. And we also think it will help light a fire under the Eliminate Downtime bandwagon that will propel it towards its targets.

This is the first of a series of articles focused on the EU Data Act and its implications as we head towards the middle of 2024. Please keep an eye out as the story evolves.